This week has been an exciting and memorable week for me. The last PASS Summit I attended was in 2009 and I missed it so dearly. I meet a lot of people that I have only chatted with online but had never meet and others that were completely new to PASS and our community. For those of you that have never been to PASS I’m hoping hearing about my experience will get you excited to come next year. With obligations at home unfortunately I wasn’t able to stay through the final day of the event.

Arrived in Seattle around noon and meet up with the rest of the Pragmatic Works team that spend the weekend climbing Mount Rainier. Sounded like they had a fantastic time and I’ll join them next year when my babies get older! We got checked into our hotel then headed over to the convention center to get registered for the event. All the day one pre-cons were wrapping up so we went out to eat at a really great Moroccan restaurant. After dinner Brian and I spend the night focused on prepping for our pre-con on Tuesday. 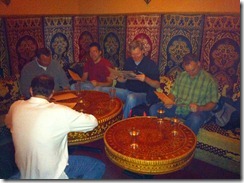 This was a really exhausting but rewarding day. Brian and I delivered our pre-con on delivering a complete BI solution for the entire day. We had a group of about 120 in the room and build a complete solution based on NFL data. We even had an appearance from the Jaguars Defensive Coordinator, Mel Tucker. The group was very attentive and had a ton of great questions.

For dinner the we had a company dinner at Tap House.

Attended the key note session which had many great announcements like SQL Server 2012 to be released the first half of next year and final names for other tools like Crescent will now be called Power View (yes there’s a space there).

I also did my session on Common Analysis Mistakes and How To Avoid them. You can download the slides here. The session went great and I got a lot of good feedback.

I attended several sessions this day including one on the new SQL 2012 Reporting Services alerting and a session by Alberto Ferrari about many to many relationships in DAX. Both of these were really interesting and I learned a lot.

The day finished with the exhibitor party were the Pragmatic Works booth was consumed by people as you can see below. It helps when you have a booth right next to the food

We also gave away almost 80 books away for free and had many of the authors sign them including myself, Brian Knight, Mike Davis, Mark Stacy, and Adam Jorgensen.

After the ever was over a group of people we meet during the event went to dinner at Gordan Biersch Brewery. Another great day!

Again attended the key note session were we saw more detailed demos of SQL Sever 2012, most of which we’ve already seen but still nice demos. Also, some of the new HP appliances were announced and Pragmatic Works was mentioned as one of a few companies that are leading in implementing these appliances and the architecture that goes with them.

After the key not I spend some time working our booth before we did a group picture. If snag the picture later.

I attend a few sessions today including one lightening round session that included speakers like Amy Lewis, Chris Webb, Grant Fritchey, and many others. All good stuff with a 5 minute time limit which makes things interesting.

Then I helped in a session submitted by Mike Davis called SQL Smackdown: SSIS vs TSQL. Mike and Adam Jorgensen battles for SQL supremacy while I was the refereed the match. There were plenty of jabs thrown on both sides including several at me from our buddy Bradley Ball as he photographed the event. Pictures to come!

Finished my week by taking down our companies booth and headed to the airport. Unfortunately I had to miss the final day of the event but as usual the summit never disappoints.